Do I Have a Men’s Swimwear Fetish?

I was told by a good friend the other day that I’ve
got a men’s swimwear fetish. At first, it kind of pissed me off because I
didn’t think that this person knew what he was talking about.  Just because I enjoy wearing various types of
men’s swimwear and I have an entire dresser filled with the many swimsuits I’ve
purchased doesn’t mean that I’ve got a fetish in this area. If anything, I
would have called it an addiction.

I mean, I’ll readily admit that I can’t seem to go
longer than a week without hitting my favorite mens specialty website and
purchasing a few swimsuits. But I just don’t see how that constitutes a men’s
swimwear fetish.  As I said before, I
might admit to being addicted to them, but I certainly don’t need them in order
to enhance my sexual experiences or anything like that. Of course, I have been
known to get a rock hard erection when I’ve seen a certain hot and seductive
swimsuit on some guy at the beach. But I always figured that was because of the
guy wearing it since he was usually well built, handsome and hauling around a
rather impressive package. Who wouldn’t get hard looking at something that
sexy?

Does that mean it’s true that I have a men’s
swimwear fetish, though? I still don’t see it. Besides, even if I do display
the symptoms of having this type of fetish; so what? It’s not like I’m lying in
wait on the beach for some hot guy wearing a sexy thong or mesh swimsuit to
come along so that I can tackle him. I just like to look, that’s all. I’m not
averse to being looked at, too. As far as I’m concerned, it’s share and share
alike. I can look and you can look back. But that still doesn’t make it a
fetish as far as I’m concerned.

If you have
a men’s swimwear fetish, then you know what it’s like for me to go out to the
beach on the weekend. It’s all that I can do to keep my composure when I start
seeing men walking around in their sexy swimwear. I usually have to carry
something like a book with me so that I can place it over my cock as it starts
to get erect. I learned that little trick because of getting kicked off the
beach one day for not covering up my erection when some guys walked by in
bikinis.

My men’s
swimwear fetish has gotten to the point where I have spent hours looking online
for pictures of the newest designs. It’s not that I am a pervert or anything. I
just love the way men look in certain styles of swimwear. I won’t get aroused
when seeing guys walking around in shorts or long swimming trunks, no matter
how tight they may be. But put a nice big cock inside a pouch or a tight ass in
a thong and my cock is standing at attention to see more. It’s something that I
have learned to live with in my life and accept rather than trying to hide
from.

If you think
that my men’s swimwear fetish is too much for you to handle, then I suggest not
walking around me in anything sexy. I won’t come up to you if you do, but I
will certainly be watching from a safe distance and imagining what it would be
like to be close enough to you to touch. Then I will go on with my day while
looking for more swimwear designs to mentally drool over. Once my day is
complete, I will head home and put my own sexy swimwear on and relive that day
over and over again. 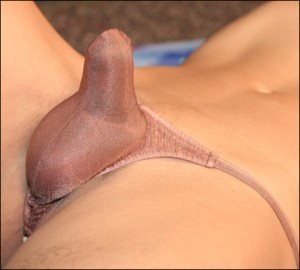 If you have a men’s swimwear fetish, then you know
how difficult it is to go out on the beach without looking at every guy that
walks by you. I am always checking out the swimwear designs that guys are
wearing in the hopes that I will be able to find one that I might look good in.
Of course I look good in anything these days, but finding that perfect swimwear
design to fit in with my overwhelming fetish isn’t the easiest thing for me to
do anymore. I have so many designs in my collection that most of them are
simply a different color rather than a new design.

I have found that there are a lot more men out there
that have a men’s swimwear fetish, which means new swimwear designs are being
created all the time now. When I first got involved in this fetish, I had to
wait months before anyone would come out with something new that I could wear.
Now I can find something different within a couple of weeks. That means I have
to keep close track of where my money is going or I will end up spending too
much and not be able to buy anything new.

No matter what you might think about a guy having a
men’s swimwear fetish, you have to understand that it’s perfectly harmless for
the most part. I’m not out there trying to get other people involved in my
fetish, although my partner does like certain aspects of it as well. I have a
few friends that enjoy my fetish with me, but it’s not really sexual in nature
for the most part. I mean, it turns me on and everything, but it’s not all
about the sex as far as I am concerned. It’s just for the enjoyment.